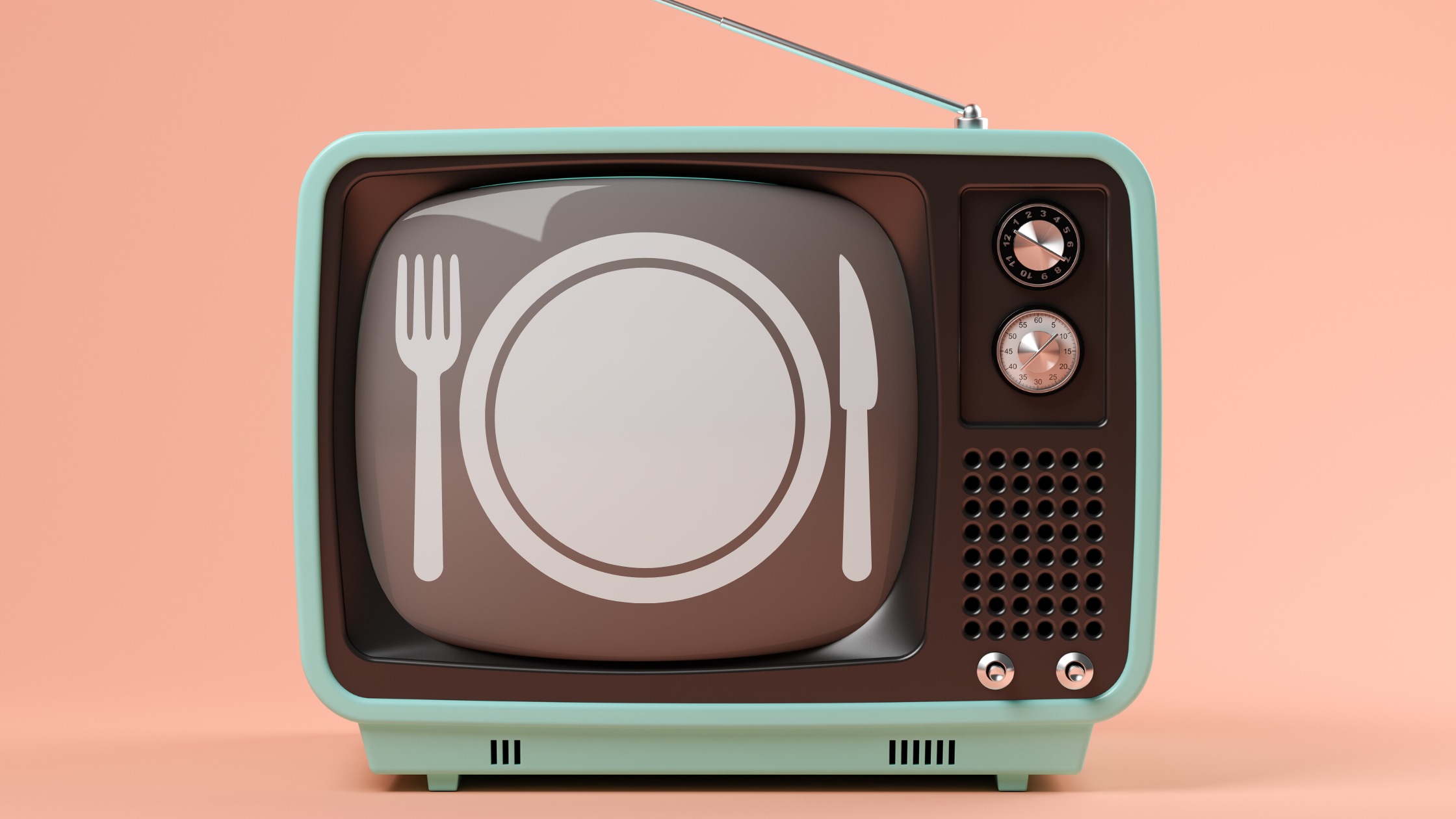 Reality TV has come a long way since its heyday when competition shows like American Idol and Survivor ruled the airwaves. Remember when Friends was scared because the immunity idol over at Survivor was gaining higher ratings? While I did enjoy watching good people triumph on those shows I have to admit that 75% of the time watching them was squirm-inducing. From the bad auditions on American Idol to the deceit and lies on Survivor (or Joe Millionaire for that matter) I wanted to crawl into a ball and hide from the awkward situations that the contestants were put into on purpose.

In full transparency Drag Race, and its many international editions, is still one of my favorite shows to watch. It definitely fits into the reality competition archetype, but the LGBTQIA+ visibility, queer camaraderie, and artistry edges it higher than the aforementioned in my book. The early sound bites and the ilk of “This isn’t RuPaul’s Best Friend's Race!” (“No shit, Sherlock!”) haven’t truly been uttered in quite a few seasons. Yes, it is still a competition, but there is more to it than that. This is what brings me to an obsession with Comfort Food Reality Shows.

They do indeed cook comfort food on the following, but I am writing this in the context that these food reality shows bring me comfort. I think it has a lot to do with the fact that the people featured act from a place of kindness. I have never been one for Hell’s Kitchen where contestants get screamed at by Gordon Ramsey. Too stressful. Even Top Chef has lost its luster. These are some of my favorite Comfort Food Reality Shows! 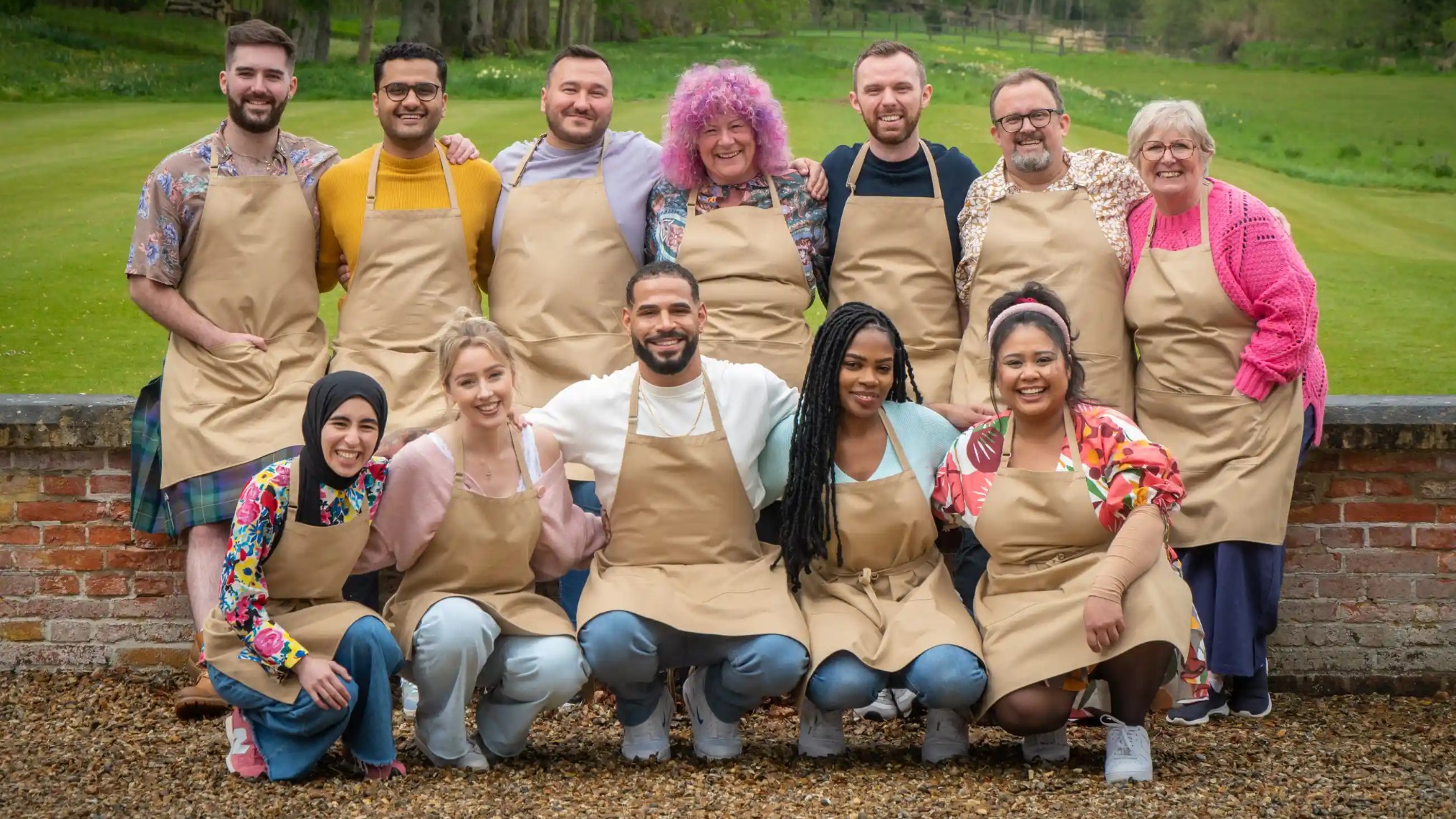 Even with a network change (both in England and the US) and a few departing hosts and judges, The Great British Baking Show still remains one of my favorite comforting watches. The silly skits at the start of each episode bring me joy and the moment I see that little child eating a treat in the opening (Who is that child?!?) I am all settled in for some quaint British baking goodness. Like a multi-layered genoise sponge filled with a raspberry coulis and topped with a mirror glaze, I am often baffled by what these amateur contestants are able to dream up and deliver. I still get excited when someone receives a Hollywood handshake even though ol’ blue eyes is one of my least favorite ingredients of the show. What this show is about is regular people who just happen to love baking and are capable of creating amazing feats.

The challenges have become a bit wonky over the last few years (busts of famous people, hanging chandelier creations, etc.), however, the overall tone still remains the same. The bakers celebrate one another in triumph and shed tears when one of them has to “leave the tent”. This show often makes me think, hey, maybe I can do that too. 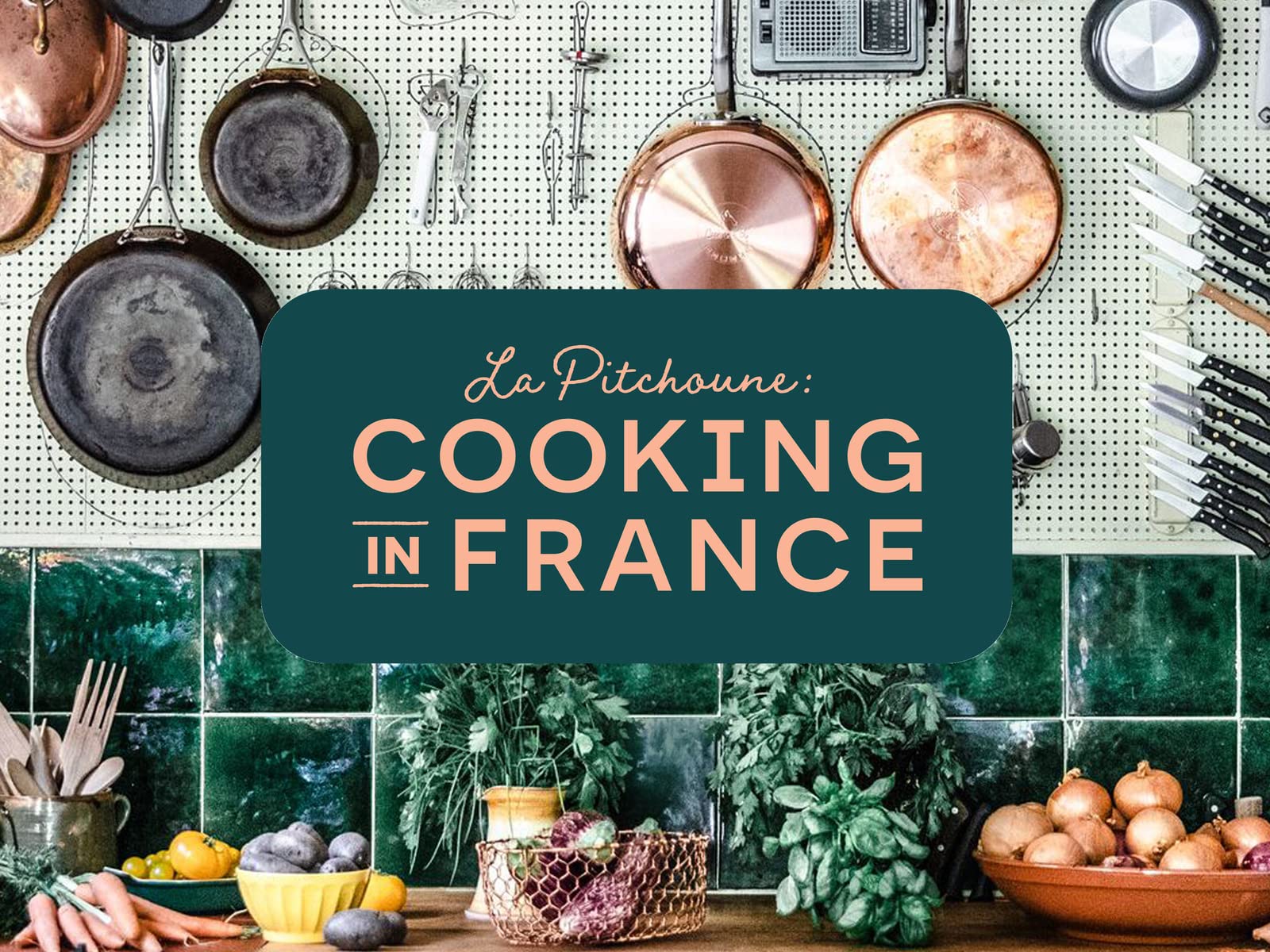 This next warm and fuzzy show keeps us in Europe, but east of the UK. La Pitchoune: Cooking in France is new to the Magnolia Network lineup. It tells the story of Makenna Held and her husband Chris Nylund who purchased Julia Child’s cottage in the French countryside. Here, she teaches “Courageous Cooking” classes with the help of her BCF (Best Chef Friend) Kendall Lane. On a personal note, when I changed careers a little over a decade ago the book that helped me realize it was ok was Julia Child’s My Life in France. The beauty of Julia’s story is that she achieved her dream career later in life! A career change doesn’t have to be scary when it is your passion. This same theme is celebrated in La Pitchoune. In each episode, Makenna, Chris, Kendall, and her husband Ross work on small projects around the country cottage. We also meet 5-6 new students who learn how to Cook Courageously aka without recipes!

So far the students have fearlessly created fresh vegetable salads, quiches with potato crusts, and more. There is also a full crew of pets who roam the grounds who actually don’t belong to the school staff, but rather, their neighbors. One of the small four-legged stars of the show is the adorable Pilou! La Pitchoune: Cooking in France is full of foody passion and has added the newest item to my bucket list - learn to cook for a week at La Peetch! Bust out the bacon and sip on a mimosa while enjoying this new food competition show from the delightful Dan Levy. Very much the opposite of his Schitt’s Creek character, Dan, along with fellow judges Sohla El-Waylly and Will Guidara, warmly welcomes a group of chefs that have a passion for their food, culture, and people whose lives they can better with their talents. What feels like a fancier yet more down to Earth version of The Great British Baking Show introduces us to inspiring chefs from all over the US.

Their personal stories that we learn through small vignettes in their hometown add to the heart of the show. The trio of judges take their drink orders more seriously (another great addition to the group is bartender Xia Rashid) than they do themselves. I’m talkin’ to you Paul Hollywood! Brunch is the central meal that the challenges are based on, but really what the show is about is that food connects all of us if only we open our hearts… and mouths to it. No lies, I shed tears during the first three episodes. There is nothing better than watching people believe in themselves and take pride in what they do. From my own experience, a glass of wine pairs nicely with The Big Brunch. 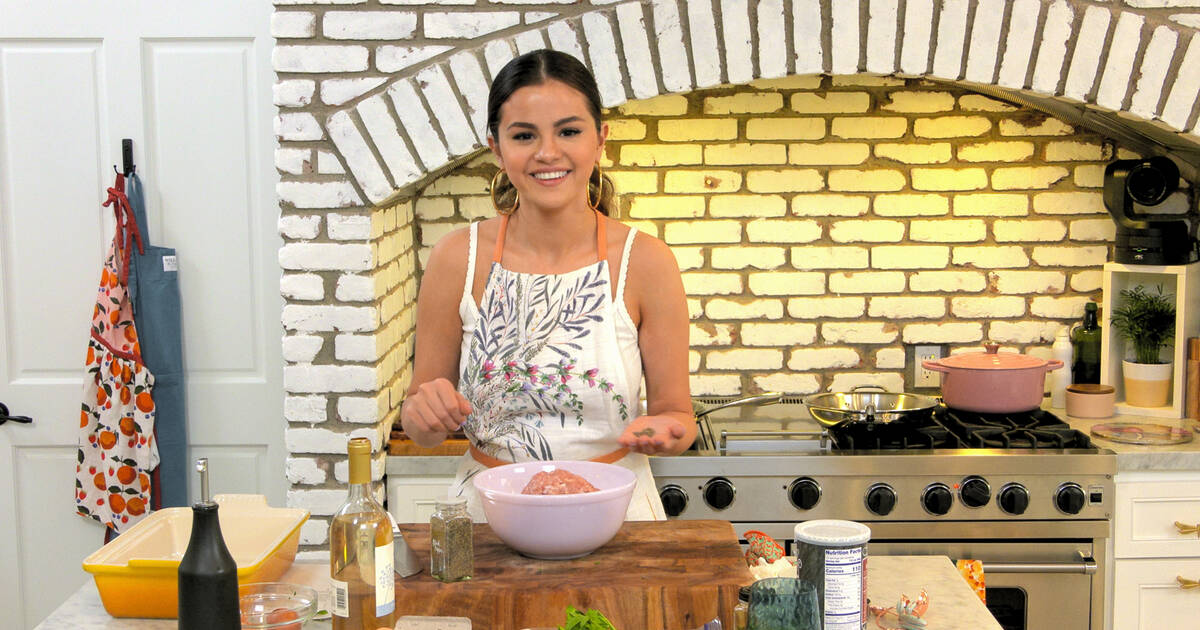 I have told friends, family, and colleagues all about my love of Selena + Chef. I often tell people that we are a Selena Gomez household. I’m a fan of her music and of course, Only Murders in the Building. Noah and I were in a watch rut a few months ago and stumbled upon HBO Max’s Selena + Chef. Born out of the depths of the pandemic, superstar Selena pairs up with a famous chef (think Marcus Samuelson, Ludo Lefebvre, Kelis, and the list goes on) in each episode to learn how to cook one of their favorite meals. A haul of ingredients are dropped at her doorstep, Selena takes a live virtual cooking class, and the audience watches. Along with her are her quarantine buddies: her grandparents, best friends, and a few pups too.

There is something so charming about watching her bravely face recipes she has never even thought to make. The show is delightful, but be warned, it can be lightly stress-inducing. Selena does make mistakes, may have set a few pans on fire, and her knife skills leave little to be desired. As a viewer, you may find yourself squirming along with the chef as Selena chops an onion. During each show, $10,000 is gifted to a charity of the chef’s choice. As long as Selena keeps “tryin’” we’ll keep watching. The first four shows on the list give me the warm-and-fuzzies due to the cast achieving greatness - this entry makes me happy because sometimes people don’t create “the best” thing, but can still succeed. Nailed It! celebrates failure and we can all laugh together. No one is actually laughing at the contestant, but rather with them - how refreshing. They are in on the joke that they can’t bake and that’s ok. Our hilarious host Nicole Bayer expertly doles out the challenges while lead judge Jaques Torres manages to find a complement in all of the barely baked treats. This unlikely duo makes so much sense on this show and, to be honest, I've fallen in love with them. Much like baking, their chemistry is a science.

Nailed It! is a reminder that not everything we cook or bake will turn out perfectly and that’s ok! We need this kind of television in our lives. There can be a success in even the most hilarious of failures. Cut to me that one time I didn’t buy enough Speculoos cookie butter and tried to melt the remaining remnants in the microwave only to see electricity shoot off the rim of the plastic jar as there was a bit of metal from the seal still left. Luckily, no one was harmed. A real-life Nailed It! Moment! If only Nicole Bayer could have been there to see it.

I’ll be cozying up with these Comfort Food Reality Shows in the coming cold New York months, and I hope you will too! What are your favorite comfort food shows to watch? Let us know in the comments! 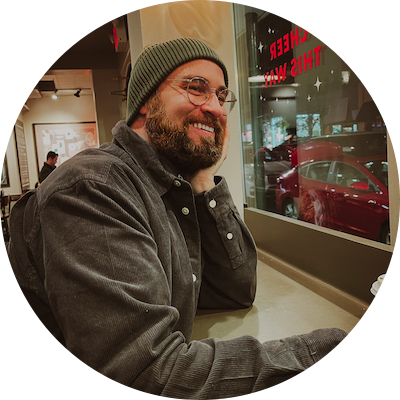