Disney Investor Day 2020 Announcements We are Most Excited About! 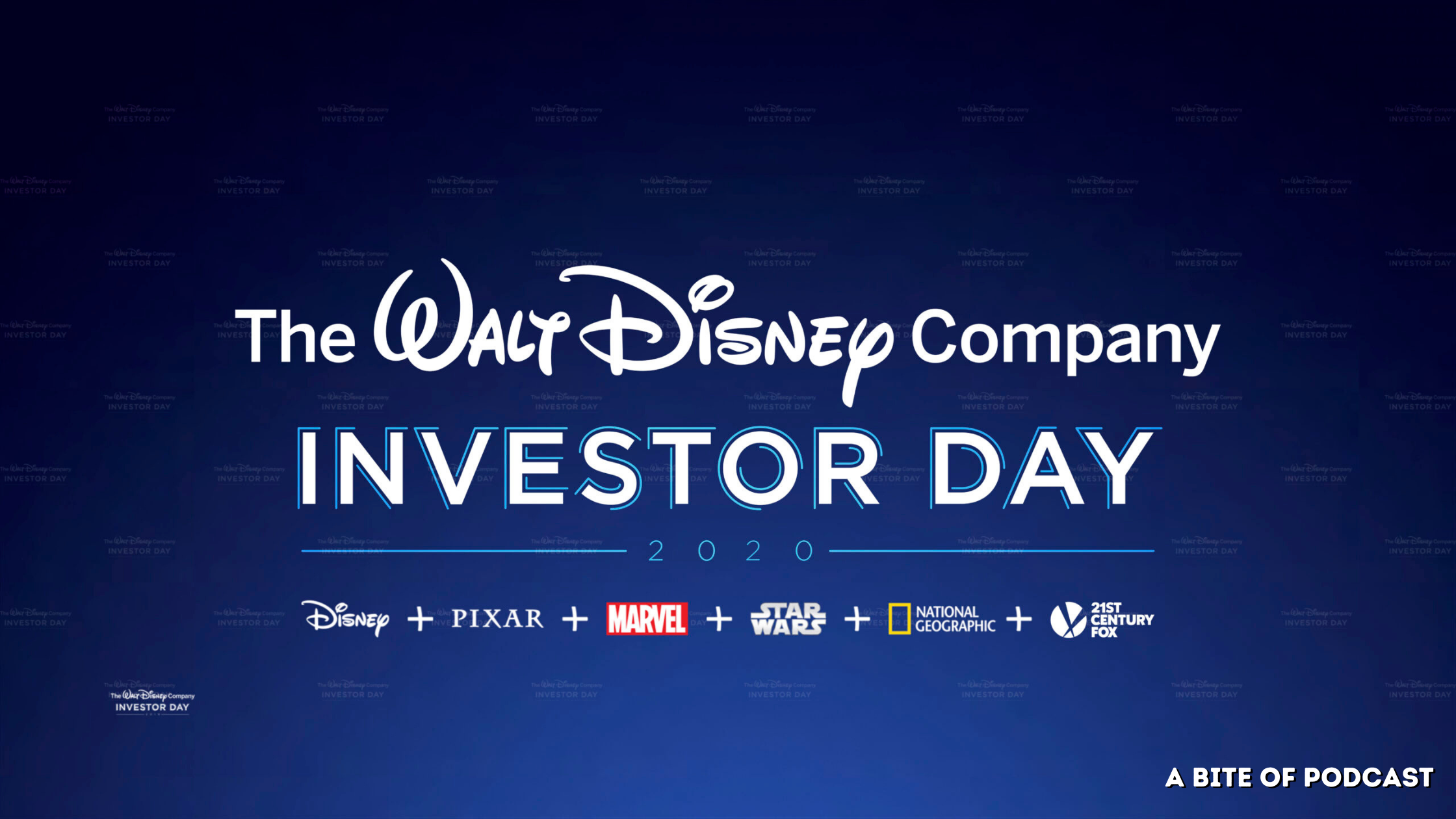 It's time to pick our jaws off the ground after getting bombarded with tons and we mean TONS of new Disney projects coming our way. After the Disney Investor Day 2020, a 4 hour long conference here are the series, projects, and movies we are most excited for.

WandaVision premiers on January 15th, 2021, and we were treated to a new trailer ahead of its release.

After much anticipation and a few COVID delays, we finally got a Falcon and the Winter Soldier trailer and it looks AMAZING, along with a March 2021 release date!

“The legacy of that shield is complicated.” Marvel Studios’ The Falcon and the Winter Soldier, an Original Series, starts streaming Mar. 19 on #DisneyPlus. pic.twitter.com/iJaquJEUGy

What If...? An animated series featuring familiar voices and new stories about our favorite Marvel heroes in new and exciting situations/timelines. What If T'Challa was Star-Lord? Or Peggy Carter was the Super Soldier? We are excited to see where this series goes!

WHAT IF…?, an Original Series from Marvel Studios, is coming Summer 2021 to #DisneyPlus. pic.twitter.com/P8VDm2rhXJ

Ms. Marvel staring Iman Vellani as Kamala Khan got a sizzle real and hyped us up even more for this late 2021 series release!

Ms. Marvel, a newer character to Marvel comics has grabbed the world's imagination and we are excited to announce Iman Vellani as Kamala Khan.

Our favorite god of mischief Loki got a "Glorious" trailer, we cant wait to see Tom Hiddleston take up the horned helm again in May 2021!

Loki, an Original Series from Marvel Studios, is coming May 2021 to #DisneyPlus. @lokiofficial pic.twitter.com/gqT7AKur2y

Three new series coming to Disney Plus: Ironheart, staring Dominique Thorne as engineer Riri Williams; Armor Wars, starring Don Cheadle, who is reprising his role as  “Rhodey” War Machine; and Secret Invasion, the Nick Fury series that will see Samuel L. Jackson in his role as the SHIELD director alongside Ben Mendelsohn’s Skrull Talos. No release dates for these projects were given. 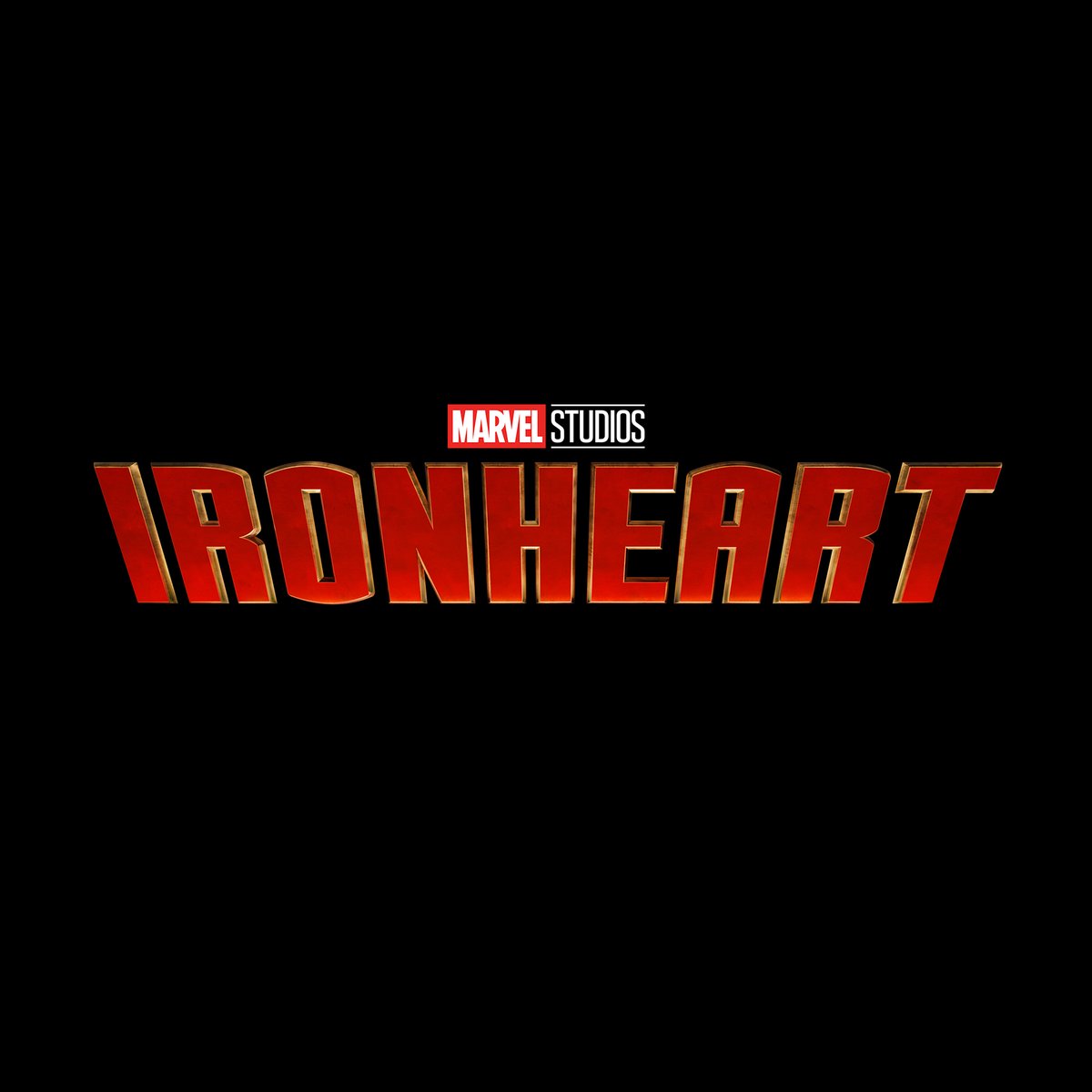 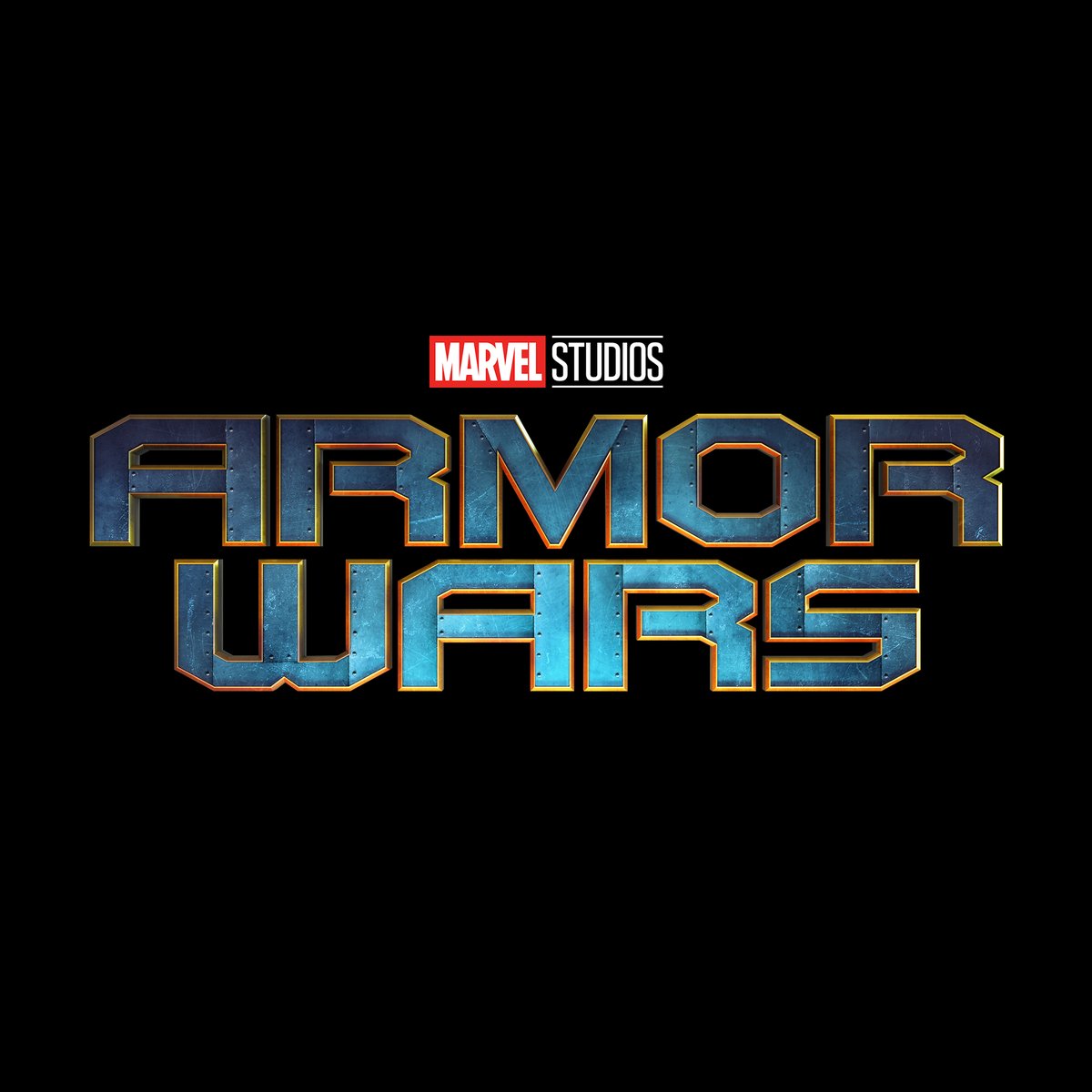 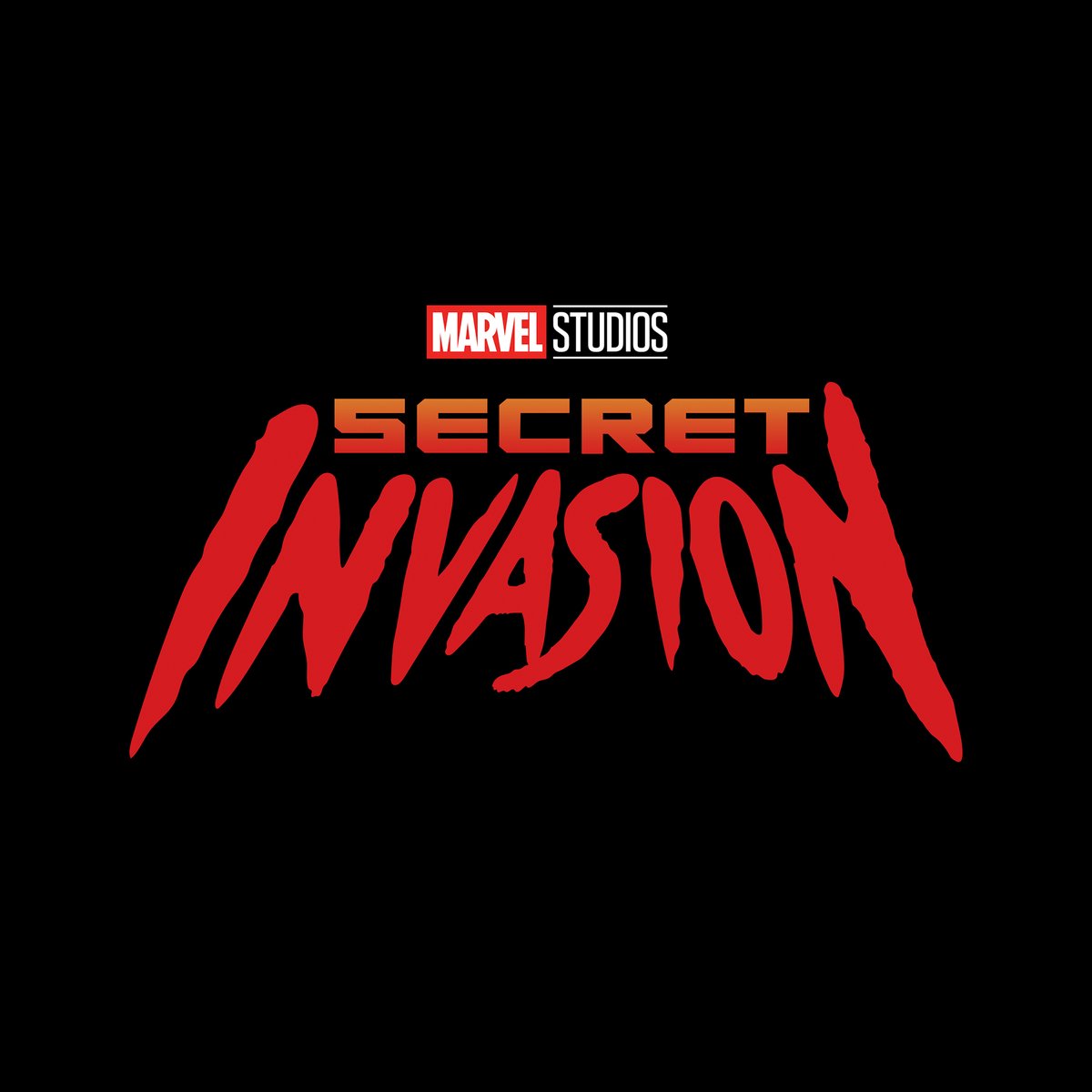 Marvel's First Family is finally getting the MCU treatment! The Fantastic Four was Noah's gateway comic that started his love for reading comic books so to say I am excited would be an understatement! Jon Watts (Spider-Man: Homecoming & Spider-Man: Far From Home) will be directing, no release date or casting was announced.

The third Ant-Man movie was announced and we have a feeling that this is where the Fantastic Four will be introduced. Either way, Paul Rudd and Evangeline Lilly are officially back as Scott Lang, aka Ant-Man, and Hope van Dyne, aka The Wasp. Also, a new big bad Kang the Conquerer played by Jonathan Majors will be introduced.

Peyton Reed is back to direct the third Ant-Man film, Ant-Man and the Wasp: Quantumania. Paul Rudd, @EvangelineLilly, Michael Douglas, and Michelle Pfeiffer all return. @KathrynNewton joins the cast as Cassie Lang and Jonathan Majors as Kang the Conqueror. pic.twitter.com/CXivSDaZKE

Captain Marvel 2 is happening and Brie Larson is bringing Monica Rambeau played by Teyonah Parris and Ms. Marvel's Iman Vellani along with her!

Finally, we are so excited to see how Doctor Strange In The Multiverse of Madness ties together WandaVison and the unnamed Spider-Man 3 movie! Benedict Cumberbatch is set to reprise his role as Stephen Strange and a personal favorite America Chavez played by Xochitl Gomez will make her big-screen debut!

Disney’s next animated feature, Raya and the Last Dragon will be premiering in theaters and on Disney+ with Premier Access on March 5, 2021. A trailer for the film was released in October of this year and this past week we were able to meet even more of the cast of this epic fantasy film!

Get your first look at the characters of Raya and the Last Dragon. Meet the street-savvy entrepreneur Boun and formidable giant Tong… pic.twitter.com/1EBH0Yrf8s

Disney Pixar’s Turning Red, slated to release on March 11, 2022, introduces us to Mei who is not only dealing with the regular trials and tribulations of becoming a teen, but just so happens to turn into a red panda whenever she gets too excited! The human transforming into an animal magic aspect of this is giving us nostalgic Ranma ½ vibes and we are here for it - plus she just looks like too much fun.

Director of the Academy Award-winning short Bao, Domee Shi, brings us Turning Red. Meet Mei: she experiences the awkwardness of being a teenager, with an added twist: when she gets too excited, she transforms into a giant red panda. Turning Red comes to theaters March 11, 2022. pic.twitter.com/oh6xaR8zRI

Warm-up your voices and dust off your habits because Whoopi Goldberg will be returning to reprise her role as Sister Mary Clarence in Sister Act 3! We can’t wait to see what Vegas headliner Doloris Van Cartier has been up to! Currently, in development, it will premiere on Disney+.

Sister Act 3 is in development! 🎤 @WhoopiGoldberg returns to star and produce, with @TylerPerry as producer as well. Sister Act 3 will premiere on @DisneyPlus.

Is it too much to ask for round two of “I Put a Spell on You” in Hocus Pocus 2? Whether there will be a musical number or not we are looking forward to the sequel of this Halloween favorite. The best news is that it looks like Bette Midler, Sarah Jessica Parker, and Kathy Najimy will be back to reprise their roles as the wicked Sanderson Sisters!

Coming exclusively to @DisneyPlus is Hocus Pocus 2, the spooky sequel to the 1993 Halloween classic! @AdamMShankman is set to direct.

Ask and you shall receive! We were so impressed by Rosario Dawson’s portrayal of the incredible Ashoka Tano that we wished for more… and now we’re getting it! Ahsoka will be an all-new original series set in The Mandalorian universe along with another new series, Rangers of the Republic. Will Ahsoka find Thrawn? What actually happened to Elsbeth? Will there be more double lightsaber action? This one is a definite, “Yes!”

Ahsoka, a new Original Series, starring @RosarioDawson and set within the timeline of @TheMandalorian, is coming to @DisneyPlus. pic.twitter.com/ZojpCkhPS7

A mystery-thriller set in the Star Wars galaxy? Say no more we can't WAIT for The Acolyte, we don't have much information on this show but exploring the dark side and sith has us intrigued. Darth Plagueis anyone?

Leslye Headland brings a new @StarWars series to @DisneyPlus with The Acolyte. “The Acolyte” is a mystery-thriller that will take viewers into a galaxy of shadowy secrets and emerging dark-side powers in the final days of the High Republic era.

It’s been 15 years since Revenge of the Sith, and both Ewan McGregor and Hayden Christensen have signed on to reprise their roles as Obi-wan and Darth Vader respectively in the new OBI-WAN KENOBI series. No date has been set for its release.

Hayden Christensen returns as Darth Vader, joining Ewan McGregor in OBI-WAN KENOBI. The Original Series begins 10 years after the dramatic events of Revenge of the Sith, and is coming to #DisneyPlus. pic.twitter.com/9WR2npRUkk

Wonder Woman’s incredible director Patty Jenkins is going to get her turn to bring a piece of the Star Wars universe to life with the feature film, Rogue Squadron. Looks like we have to start rollerblading now!

What happens when Yorick Brown and his pet Capuchin monkey Ampersand, the only males who survive a global androcide? Well if you didn't read Brian K. Vaughan and Pia Guerra graphic novel Y: The Last Man, you'll find out in the upcoming series!

Y: The Last Man is a new @FXnetworks drama series based on the acclaimed comic book series of the same name written by Brian K. Vaughan and Pia Guerra. Starring Diane Lane and coming exclusively to #FXonHulu. pic.twitter.com/szmH5kTf7g

Alien is currently in development at @FXNetworks. The first TV series based on the classic film series is helmed by Fargo and Legion's @noahhawley. Expect a scary thrill ride set not too far in the future here on Earth. pic.twitter.com/jZe1CRFAZD

There were so many that didn't make this list. Let us know what you are most excited for from the Disney Investor Day 2020!