The Falcon And The Winter Soldier Easter Eggs From Episode 2 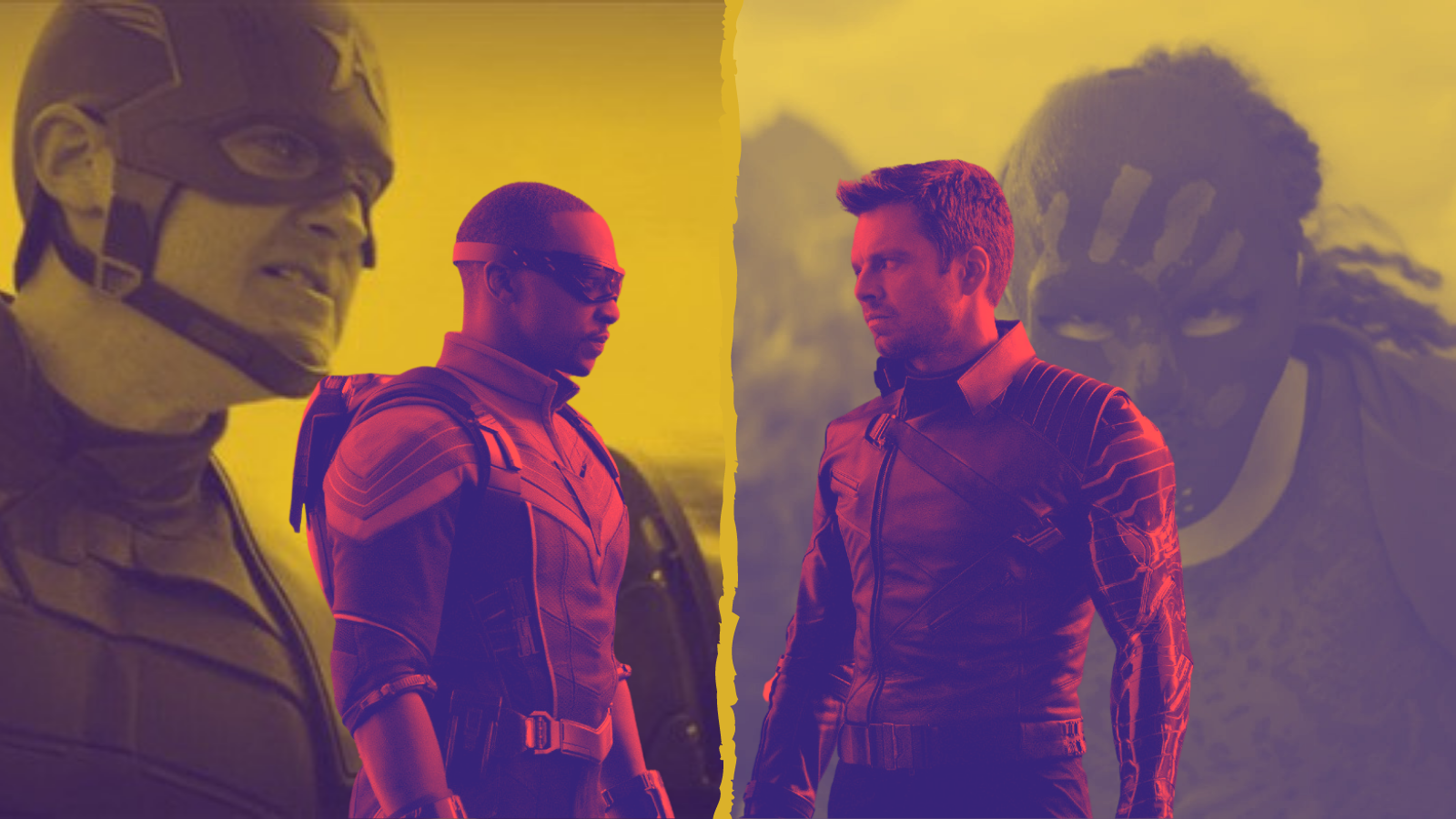 Brace yourself! There were a TON of Easter eggs and comic book references in the latest The Falcon and The Winter Soldier! Here are all the Easter eggs and neat details we spotted in the second episode, The Star-Spangled Man!

🚨Warning: Spoilers ahead for Episode 2 of The Falcon and the Winter Soldier on Disney+!🚨

John Walker says all he's been doing as Captain America so far is a lot of speeches and pageantry, which is just like Steve's tour in Captain America: The First Avenger. 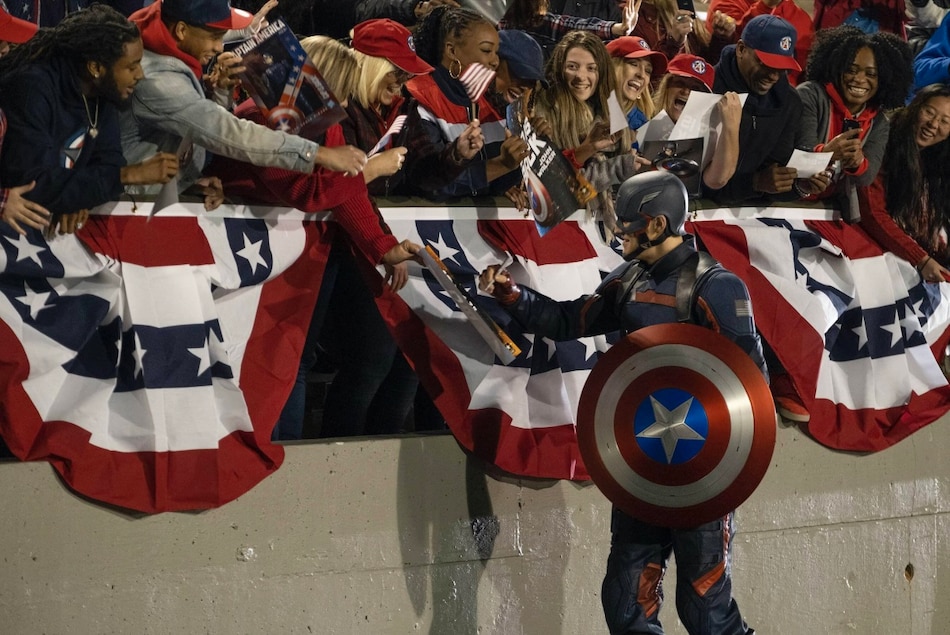 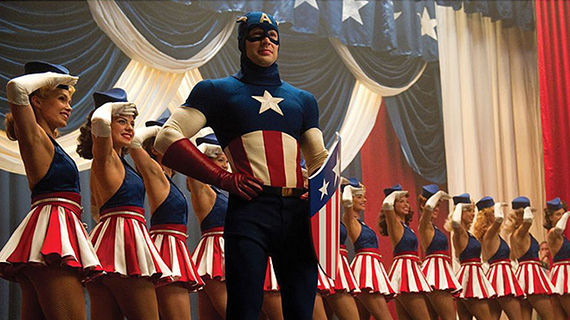 The Custer’s Grove High marching band is playing an updated version of “The Star-Spangled Man,” a tribute to Irving Berlin’s World War II show tunes that were featured in one of the Steve on tour scenes in 2011’s Captain America: The First Avenger.

Sam calls Bucky the "White Panther" after he spent time in Wakanda, Bucky corrects with "White Wolf," which is what T'Challa and the Wakandans called him.

Bucky asks John Walker if he's ever "jumped on top of a grenade," which is a nod to when Steve jumped on a grenade in Captain America: The First Avenger. This is the exact moment that would lead him to being chosen as Captain America.

Lemar Hoskins or Battlestar is a character from the comics. He's John Walker's friend and ultimately becomes his sidekick when he becomes Captain America and later US Agent. 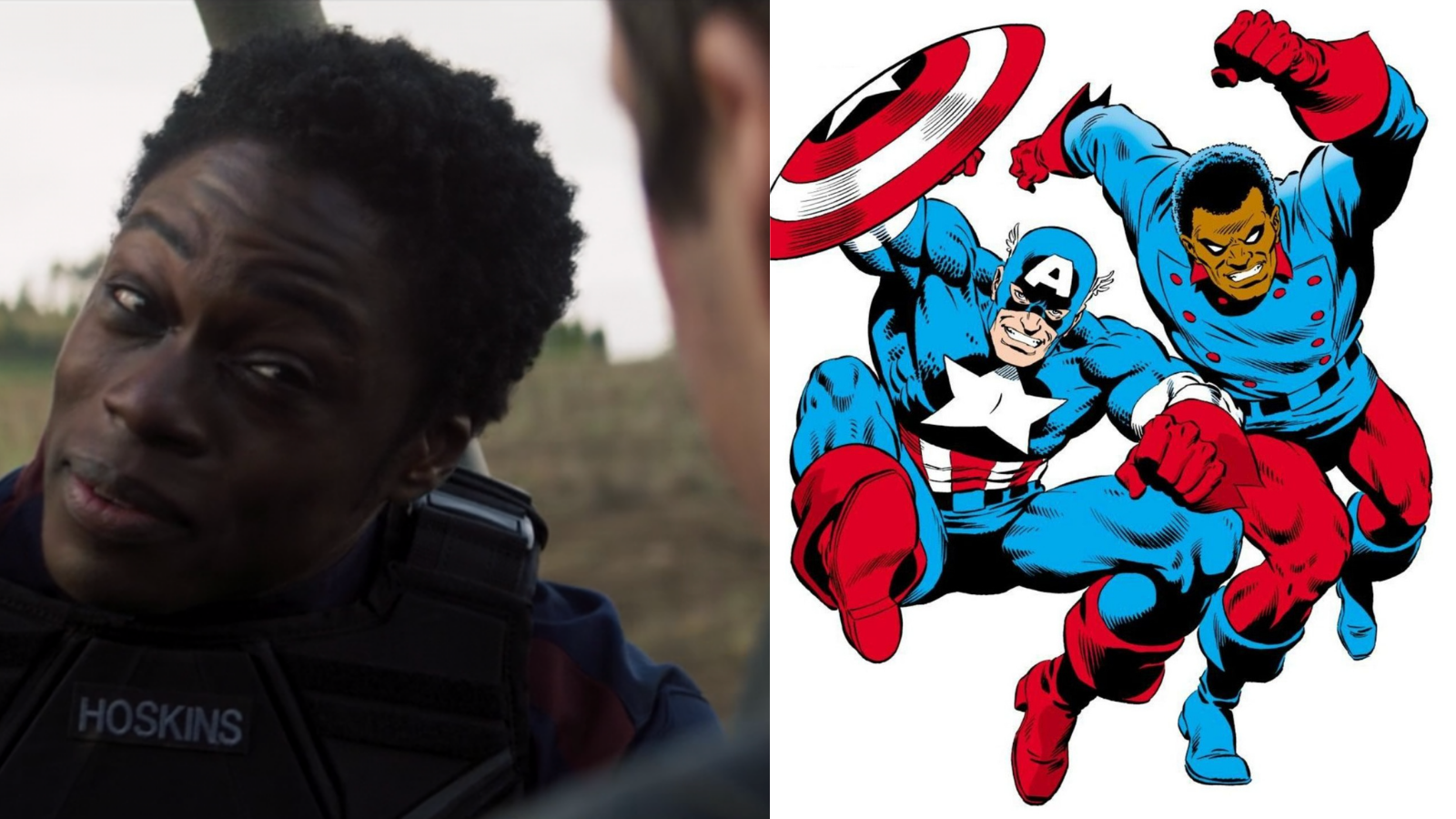 When the kid in Baltimore calls Sam "Black Falcon," it's referencing the names Black Marvel heroes were given in the comic books, namely Black Panther and Black Goliath. 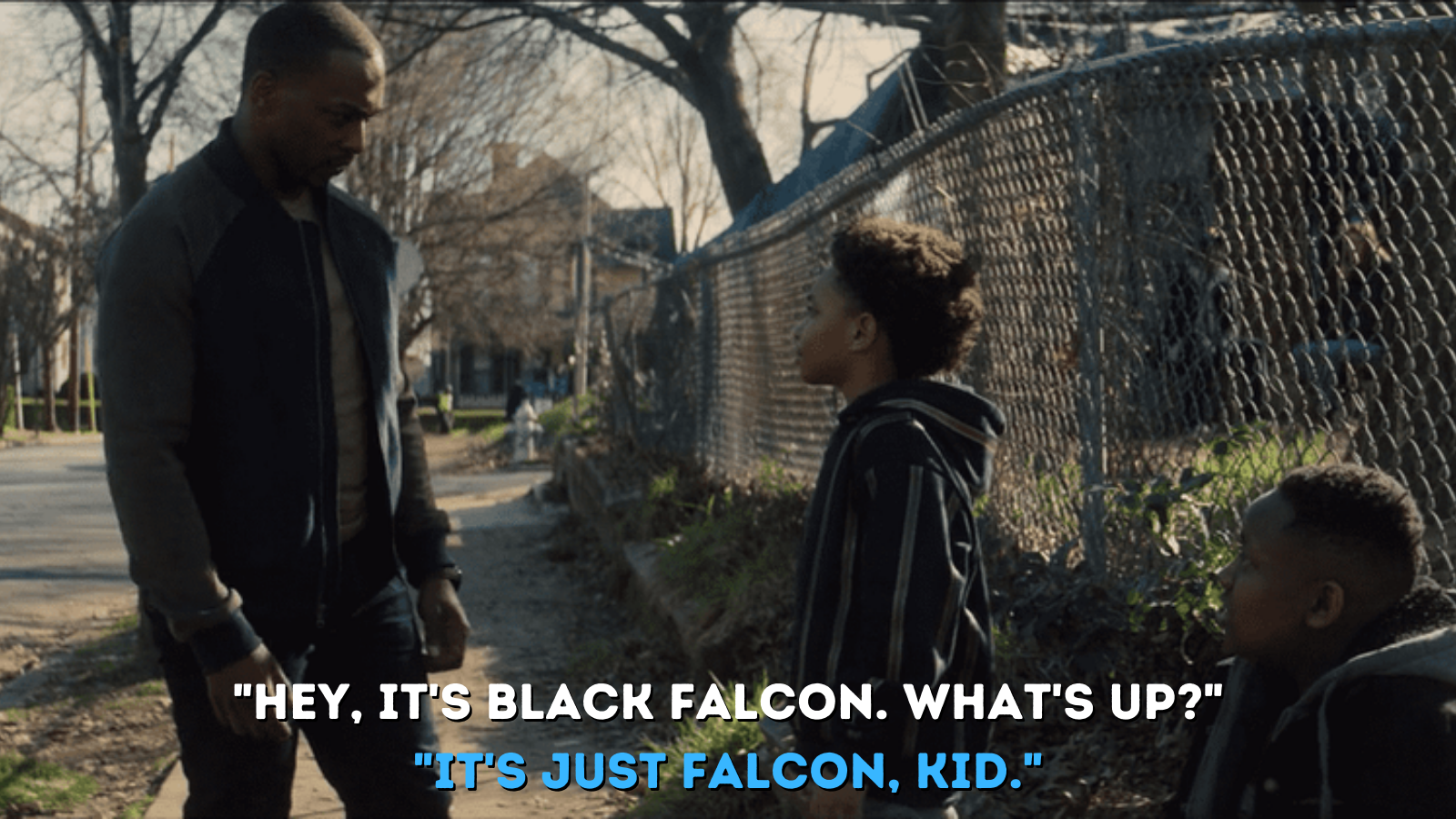 Sam meets Isaiah who, you guessed it, is from the comics. Isaiah Bradley was one of the 300 Black soldiers who were used as test subjects to try and re-create the super-soldier serum. Isaiah uses the Captain America mantle in WWII, but the government saw it as treason and put him in jail for stealing Cap's costume. 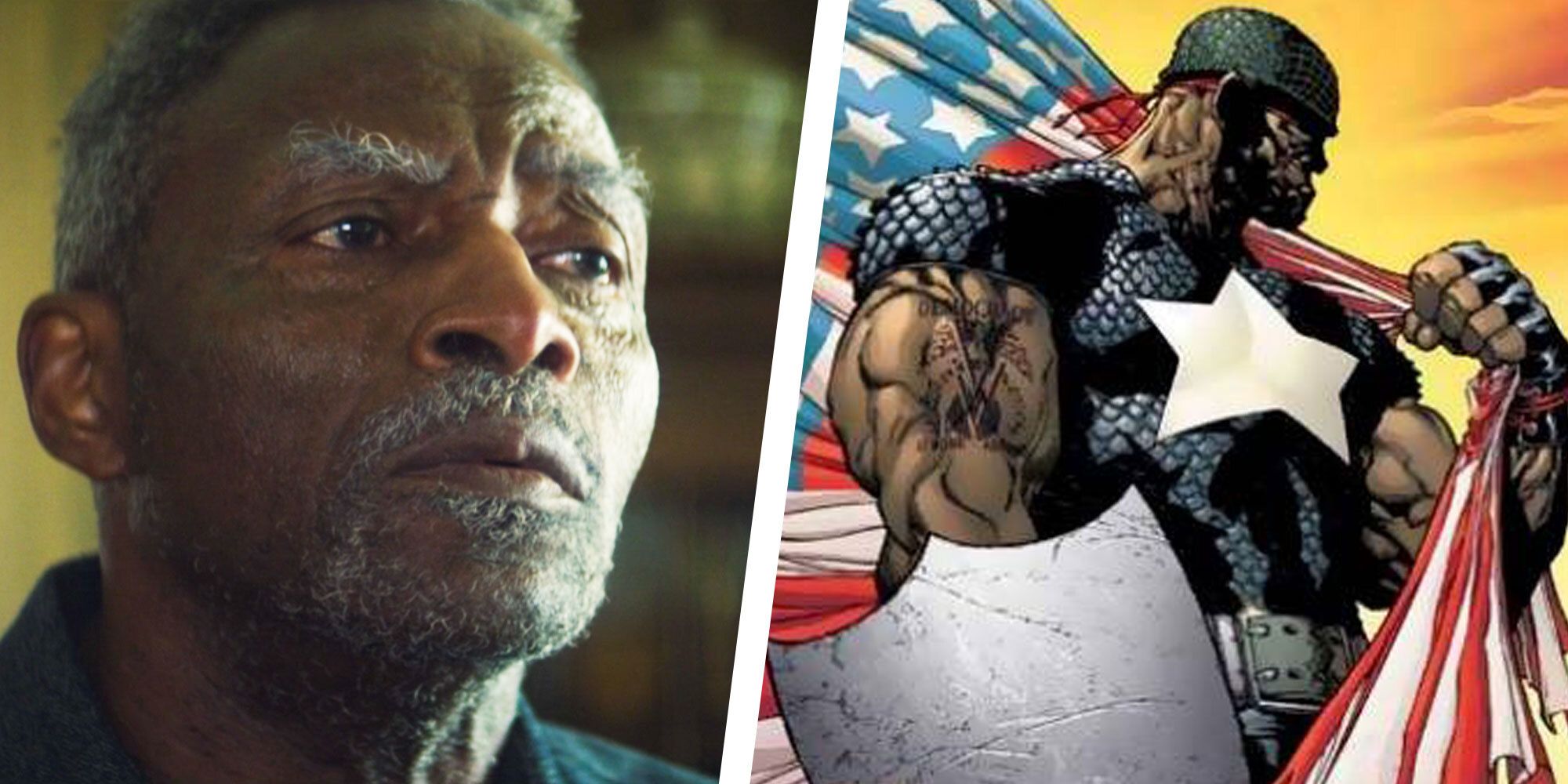 We sort of meet Isaiah's grandson, Eli. In the comics, Eli is Patriot and he's a member of the Young Avengers. Could the MCU be building this team? We have met Speed and Wiccan in WandaVision, Cassie Lang in Ant-Man, later this year Kate Bishop in Hawkeye, and America Chavez in Doctor Strange in the Multiverse of Madness! The Flag Smashers are running from the Power Broker, who is yes, another character from the comics. Power Broker Inc. is run by Curtiss Jackson, an evil businessman who sold superpowers to whoever was willing to pay for them (and he also chucked all the people who ended up horribly disfigured into the sewer to hide his mistakes). Some of Jackson’s clients in the comics included John Walker and Lemar Hoskins. 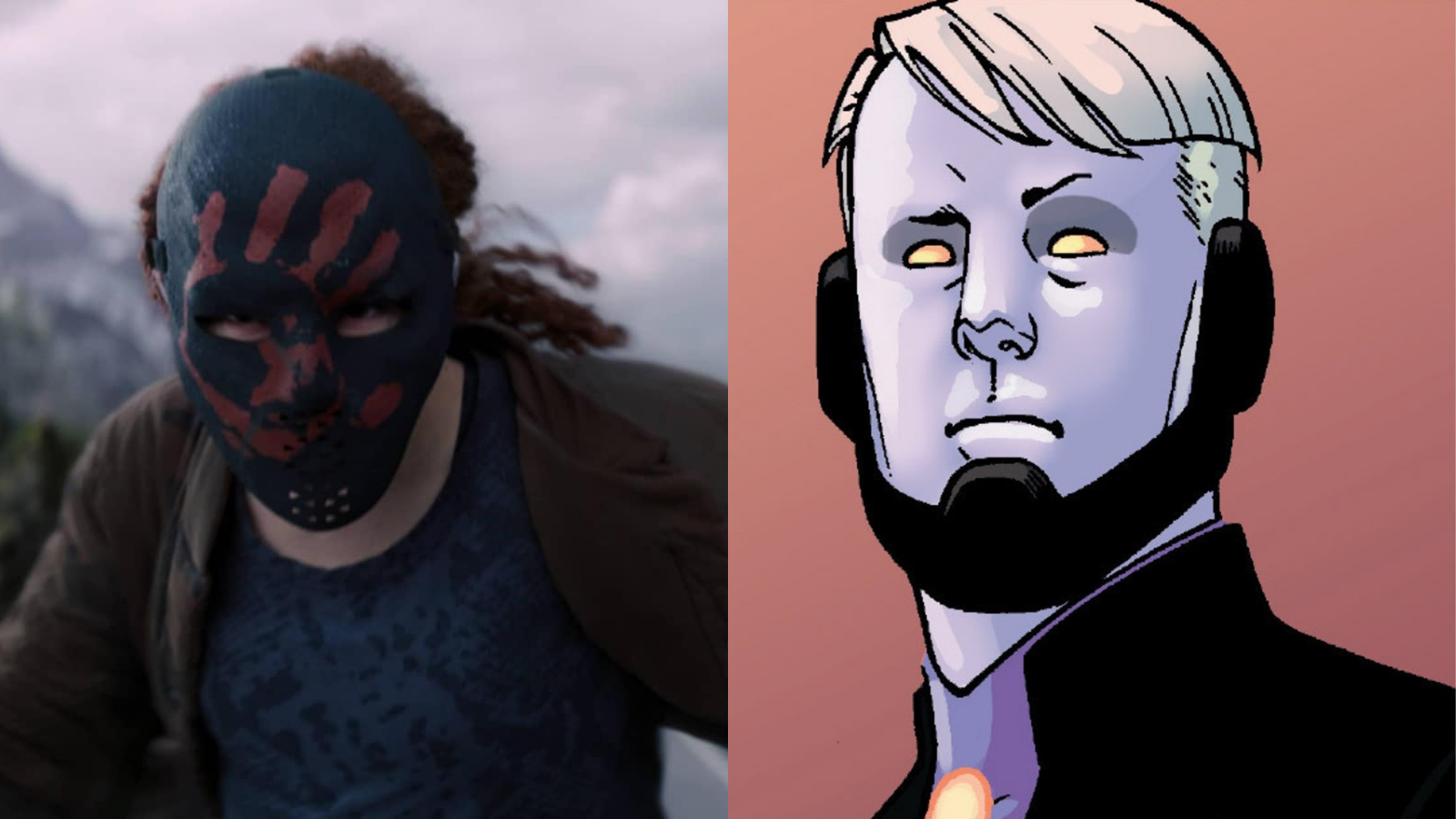 Finally, we see that Zemo is being held in cell number "2187" which is a reference to Princess Leia's cell number in Star Wars: A New Hope. Now we have to look for Star Wars Easter eggs?! 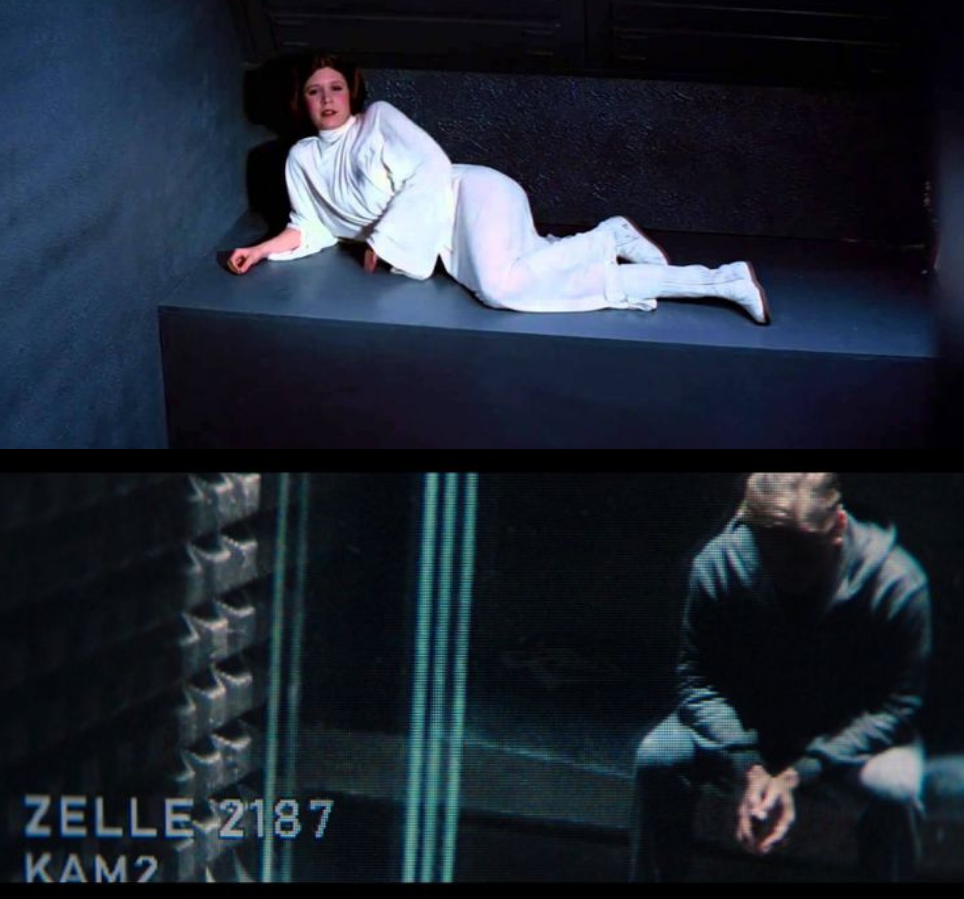 Hear our coverage of The Falcon and The Winter Soldier as it releases here!