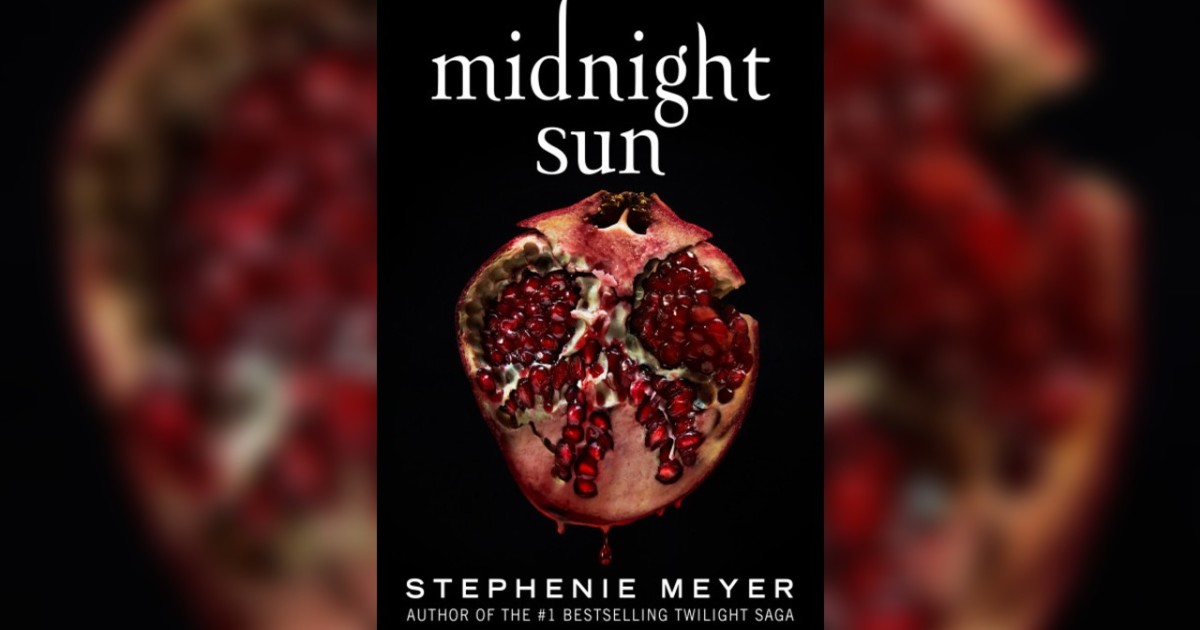 Within every episode of A Bite Of we would read a short summary before we discussed a chapter. Here are those summaries! Now you have a quick overview of Midnight Sun along with an easy guide to locate your favorite Bedward moments!

We meet Edward, Bella, Rosalie, Alice, Emmet, and Jasper. Edward wants to eat Bella and tear her to smithereens. He runs away.

Edward ran away and has some snowy interaction with Tanya. He decides to head back to school since he can’t stop thinking about Bella. He tests his limits in the school cafeteria and then heads to class to sit next to her. He then ditches Spanish to spy on Bella during gym.

Edward contemplates running away again - he talks to Carlisle about it on a hunt. He heads to school where he saves Bella from getting crushed by a van. They go to the hospital and she is like, “You’re a liar! Something is up!” and he is like, “Mind your business!”

Edward deals with the aftermath of saving Bella. The Cullens have a family meeting in their dining/conference room. Rosalie is pissed. Alice tells Edward that she will be Bella’s bestie and that Bella’s future can only have two outcomes - Edward kills her or she becomes a vampire! Edward is not happy.

Edward gets into cardio. His Bella obsession continues and he is therefore tormented. He goes into full creeper mode.

Edward gets another check in the creeper column. He and Bella have their longest conversation yet in the cafeteria. Edward likes Bella, but not Mike. Bella likes lemonade, but not blood. A ride home with classical music follows.

We join the Cullens for a lazy after-school afternoon where they take up their daily hobbies. Edward and Emmett go on a bear hunt, and Edward rounds out the weekend with an early morning stalk session at the Swan residence.

Sunlight reigns over Forks forcing Edward to watch Bella from the trees at school and at home. Bella denies Mike a date (he turns to Jessica) and then she falls asleep reading Jane Austen.

Bella’s trip to Port Angeles with Jessica and Angela takes a dark turn. After she is almost attacked, her and Edward have an unofficial first date - Italiano!

On the long ride home from Port Angeles, Edward comes out of the vampiric closet.

Edward gives Bella a ride to school and the student body goes cray. He proceeds to spy on her all morning until they share some preezza.

Edward plays 101 Questions with Bella at school. Billy Black sees a Cold One!

Reflections of the passssttt and visions of an uncertain futurrreee.

Emergency hunting sesh - sometimes the fork in the road has more than two prongs… and some extra mountain lion blood just to be sure. Edward revisits his past when reflecting on one of the outcomes of his and Bella’s future.

Bella and Edward finally have their day out together with matching outfits, a five mile hike, and even more questions.

Edward steps into the light and goes full disco ball. Bella is amazed so he runs away from her. He thinks of killing her and then tells her about all the times he wanted to kill her.

The star crossed pair drive back to the Swan residence - on the way, Bella learns the origins of the second lives of the Cullen clan. Edward spends the night with her permission - finally!

An early heart-to-heart with Rosalie then some deep conversation over off brand Cheerios followed by a visit to the in-laws!

A visit to Vampire Daddy Doctor’s home office and a glimpse into both his and Edward’s beginnings aka the Cullen Clan Commencement.

Bella and Edward return from their visit with the Cullens to find Jacob and Billy waiting - a Cold One stare down ensues. Edward convinces Bella to go for another run to the clearing… play ball! A visiting team approaches the field.

Baseball changes into a game of life and death when James gets a whiff of Bella. The Cullen’s scatter to figure out a plan to keep her safe.

When you smell as luscious as Bella you’re a tracker’s delight - time to run!

A Canadian trap leads to a late night swim followed by the Amazing Race where James gets the “upper” hand.

Edward, Emmett, and Carlisle arrive in Phoenix only to find out that Alice and Jasper suck at babysitting.

The Cullens arrive and rush in to save Bella and tear some shit up. Edward is poison control.

Alice formulates the plan to cover up Bella’s attack - so many cars, so much blood, so little time!

Edward meets Renee when she arrives at the hospital. He then watches a horrible snuff film and learns of a mysterious connection.

Edward and Bella have that, “So where is this going?” conversation.

An ambush makeover by Alice leads Bella to the prom with Edward, but Jacob cuts in for a dance with a warning!

To hear all of our thoughts on Stephanie Meyer's Midnight Sun listen to Season 1 of A Bite Of wherever you like to listen to your podcasts!